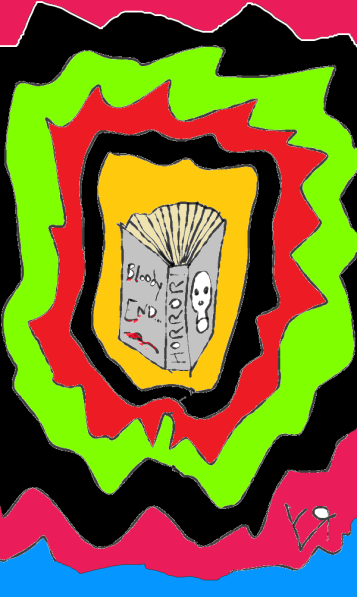 (3 Mar. ’16)
Although I just read it in December, I reread Michael Kupperman’s SNAKE ‘N’ BACON’S CARTOON CABARET, again. I can’t get enough of the surreal, meta-textual, hilarious, horrible comics in that collection, and I keep trying to share the brilliance with my coworkers by reading sections to them, but none of them get it. (Don’t be like my silly coworkers! GET IT!!! or die trying…)

(5 Mar. ’16)
Read Jeph Loeb and Tim Sale’s BATMAN THE LONG HALLOWEEN. My older daughter read it recently and asked me to read it, too. I’m guessing that it was a pretty big influence on THE DARK KNIGHT movie, particularly the Harvey Dent storyline. Worth a read if you like Batman and gangster stories.

(5 Mar. ’16)
Finished reading Dan Slott and Mike Allred’s SILVER SURFER NEW DAWN collection. I always enjoy Allred’s art, and this book was no exception, and the story was—passable. I’m a fan of silly and weird (love DOOM PATROL and FLAMING CARROT and such,) but this was a bit clunky. The jokes were kind of funny, but the dialog was stiff, and the well known characters, like Hulk and Dr. Strange, read as very flat and mostly unnecessary. Not unhappy I read it, mostly for the artwork, but not sure if I’ll be buying volume two any time in the near future.

(5 Mar. ’16)
Finally finished reading H. P. Lovecraft’s THE CASE OF CHARLES DEXTER WARD from THE COMPLETE COLLECTION megapack. It was a pretty fun story, with maybe a few too many “unnameable” and unsaid incidents occurring that we probably should have witnessed in order for the story to move forward. Still, it was pretty fun, and I would recommend it for fans of psychological horror, mystery, and for people who like to imagine impossibilities.

(20 Mar. ’16)
Read Jeff Lemire’s THE UNDERWATER WELDER graphic novel. It was recommended to me by my daughter, Frankie, and her boyfriend, and it was pretty good. Strange and haunted, a bit like a ghost story or a psychological thriller. Not too bad at all.

(29 Mar. ’16)
Finished reading the second Sherlock Holmes novel, THE SIGN OF FOUR, by Arthur Conan Doyle from THE COMPLETE SHERLOCK HOLMES (HERITAGE EDITION) megapack. It was slightly amusing, but mostly racist and sexist and a bit tedious. Maybe they get better as Doyle improved as a writer, but so far, the two Sherlock novels that I’ve read have been pretty underwelming.

(8 Apr. ’16)
Finally finished reading “The Door into Infinity” by Edmond Hamilton from THE OCCULT DETECTIVE MEGAPACK. It’s a pretty badly written, long-ish short story or shorter novella (maybe a novelette) full of cliched descriptions, terrible metaphors (guns “coughing” instead of firing, etc.,) and tedious and wildly unbelievable action. Despite all these things, which could be assets in the right hands, it was mostly just dull, and offensively racist in several spots. Not my favorite.

(5 May ’16)
Finished reading “The Ghost That Got the Button” by Will Adams from the HUMOROUS  GHOST STORIES collection. Excruciatingly racist and not very funny. Avoid. (How come everything I’ve read lately has been racist???)

(4 Jun. ’16)
Finished reading the DC UNIVERSE: REBIRTH #1, written by Geoff Johns and drawn by a whole bunch of people. This comic was suggested to me by my older daughter, who is just getting into comics again, and she loved it. I thought it was pretty good, a name-drop-fest, intended to be the relaunch point for DC’s new comics lines, but what I’m questioning is WHY??? Why do ANOTHER reboot? Why not just write some good stories? Why hype the shit out of everything when you COULD just tell a solid tale? I suppose I’m just getting old and grouchy, but this book (which I really didn’t mind reading) didn’t make me want to go out and buy every issue of every story-line it touched on. On the contrary. It made me think that I’ve seen it all before, and that I should look elsewhere for my future entertainment. (Although lately I’ve been so tired after work that I haven’t even been reading much at all… Or writing… Or painting… As the world turns…)

(7 Jul. ’16)
Finally finished reading Robert Shea and Robert Anton Wilson’s THE GOLDEN APPLE, book two of the Illuminatus Trilogy. It’s  pretty fun, with lots of conspiracies and twists and ambiguity—just like the “REAL WORLD” of today, which is so wacky it almost matches the craziness and paranoia of a 70’s satirical conspiracy theory novel… This series will be required reading for the new SECRET SOCIETY that I’m creating…

(15 Jul. ’16)
Finished reading “The Specter Bridegroom” by Washington Irving from the HUMOROUS GHOST STORIES collection. Not a bad tale at all.

(21 Jul. ’16)
Finished reading “The Specter of Tappington,” which was supposedly “compiled” by Richard Barham, from the HUMOROUS  GHOST STORIES collection. This one was pretty clever and fun (and only a tiny bit racist, picking on the Irish servant—but us Irish types can take it.)

(31 Jul. ’16)
Finally, after four or five months, finished rereading Mikhail Bulgakov’s THE MASTER AND MARGARITA. It’s a fantastic book (in both the literal and colloquial senses of the word) in which Satan and a cadre of demons and vampires descend upon a 1920s Moscow to cause mayhem, murder, madness and all manner of entertaining hijinx. The book was banned in Russia for decades, and although it’s somewhere near 70 years old, the story feels incredibly modern. Such a kooky and evil story…a real pleasure to read (if, perhaps, a bit gruesome, blasphemous, and nightmarish for some.)