“I Feel Put Upon by the Excesses of Truth” by Richard F. Yates 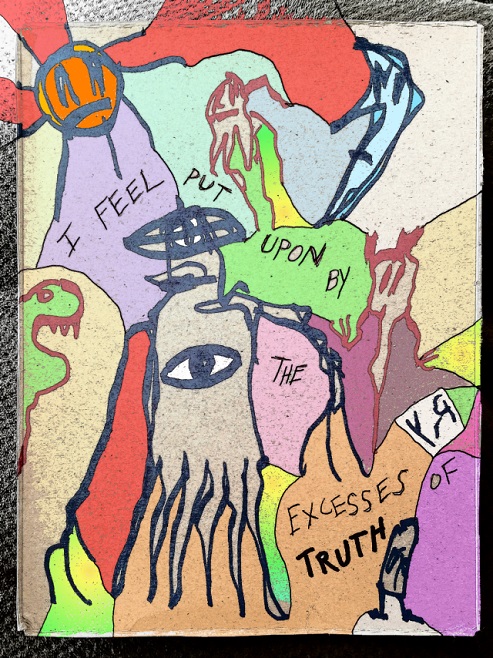 Though the facade may be crumbling, though the river runs black, though my head may be aching, with an ice pack against my back…

Lately, I’ve been having trouble reconciling the concept of “the purpose driven life” with the obvious indifference of the universe (in an existential sense.) Grass grows and gets cut down, leaves turn brown and fall, mountains erode and crumble, and long-running t.v. shows are evetually cancelled… (He sneezes into his shirt and the cat yells at him… She hates loud noises.)

We are all part of a limited run play. When the curtain falls, the stage is struck, and the players and audience disperse.

DOES THAT MEAN THE PLAY CAN’T BE GREAT?

If not a dramatic masterpiece or well acted or lavish, then (at the very least) WEIRD AS FUCK. I don’t have the budget for elaborate decoration, nor the talent to be a Sir Larry, but I can dE-vO with the beast—I mean the best.

I can DADA.
I can Situation.
I can Punk.
I can Flux.
I can Rave.

And by all the GODS (however fictional) I’M A GONNA!

because…why not? Might wake up tomorrow as a giant bug. Until that happens, though, I’ll be a wizard / monster / DJ. 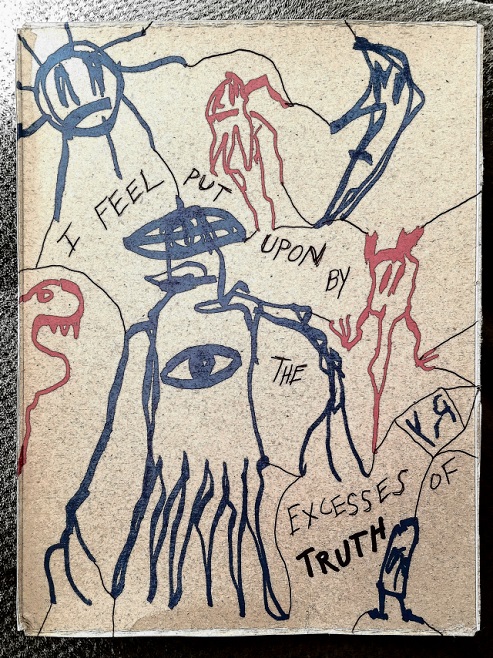 (Art by me, various inks on recycled cardboard, with digital embellishments and color. 2019.)